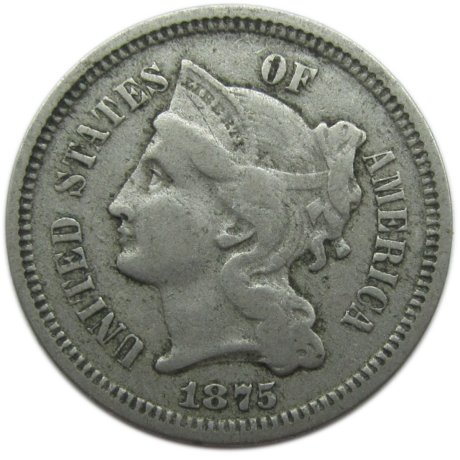 Obverse (front) side of an 1875 Three Cent Nickel,
in circulated condition and showing signs of normal wear

The design of the three cent nickel is simple but elegant, a testament to James Barton Longacre’s talent and long experience as an engraver and illustrator.