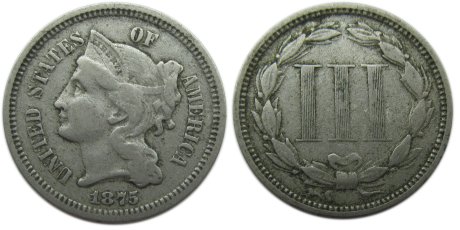 1875 Three Cent Nickel in circulated condition — from the collection