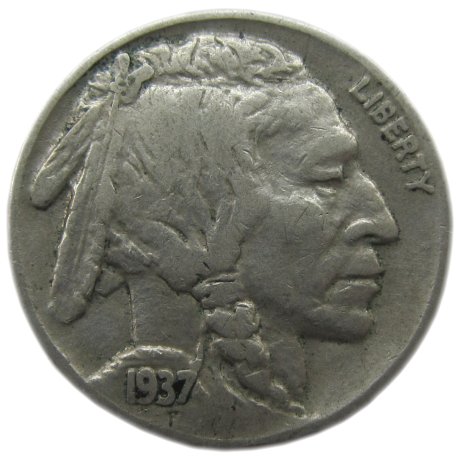 Obverse (front) side of a 1937 Buffalo Nickel with a “D” mint mark,
in circulated condition and showing signs of normal wear